You can check the validity of our services on the Canadian public registry portal.
Enter RCIC # R532615 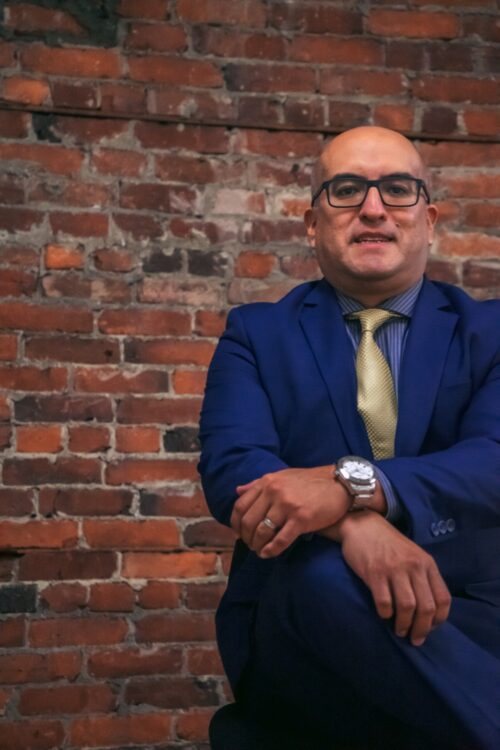 Fernando Torres, founder and director of Fernando Torres Immigration Consulting Services Inc. is an Immigration Consultant graduated from the University of British Columbia (UBC) Canada, and a lawyer from the Pontificia Universidad Católica del Perú. Before starting his consulting career Fernando served as International Curriculum Officer for the Justice Education Society of BC, Canada, working with judges, prosecutors and civil organizations to improve judicial systems in Panama, Honduras, Guatemala and Guyana. Until 2019 she worked at the Immigration and Refugee Board of Canada, dealing with refugee claims. Previously, she was a paralegal at an immigration law corporation.

As part of his experience in Canada, Fernando was part of the Canadian Air Transport Safety Authority and an advocate for indigenous peoples at the Vancouver Native Court Workers' Bureau.

Before moving to Canada, Fernando Torres worked as a human rights lawyer at the Ombudsman's Office in Peru and as an assistant professor in the Law Department of the University of Huánuco. His interest in the successful resolution of social conflicts led him to undertake professional development courses at the Inter-American Court of Justice in Costa Rica and at the Union of Jurists in Cuba. Before becoming a commissioner of the Ombudsman's Office, he served as legal advisor to the Peruvian Parliament, the National Elections Office and the National Tax Office. In 2012, he completed the Aboriginal Leadership Certificate at the Justice Institute of British Columbia.

Fernando is a social media personality. His social media platforms have more than 85,000 Spanish-speaking followers and his YouTube videos about his Canadian experience have been viewed by more than 2 million people. In his spare time, he plays Latin music with other musicians in Vancouver. Fernando speaks Spanish, English and has recently discovered that he is able to understand Portuguese. He lives in Vancouver, British Columbia.

Fernando Torres is a licensed immigration consultant in Canada graduated from the University of British Columbia and a Peruvian lawyer graduated from one of the best law universities in Latin America (Pontificia Universidad Católica del Perú).

As a human rights lawyer, he currently uses his legal expertise in his practice as an immigration consultant in Canada.

Fernando is an immigrant with a solid knowledge of the reality of Latin America. He offers attention in Spanish and has all the necessary experience to help you make your process a pleasant experience.

Are you aqualified immigrant, do you want tocome with your family or just visiting? Fernando Torres Immigration Consulting Services Inc. has 5 stars (out of 5) on social media. If you are looking for a consultant you can trust this is your best option.

Let's get in touch

Call us or fill in the form and we will contact you as soon as possible.
+1 (604) 868-5899
contact@fernandotorresimmigration.ca